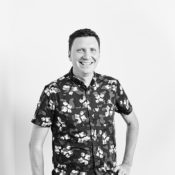 Ben Youdan has campaigned professionally for nearly 20 years, and has over a decade of experience leading charitable organisations in the UK and New Zealand. His career has taken us from running the biggest health awareness day in the UK, to setting up a major community initiative in south Auckland. He’s run government funded social marketing programmes the UK and New Zealand, headed political campaign teams and been a regular media commentator.  He moved to New Zealand in 2006 to run ASH, where he campaigned for the Smokefree 2025 goal. He left ASH in 2013 to lead the election campaign for the Green Party where he overhauled the campaign systems, delivering the biggest ever ground campaign in the Party’s history.