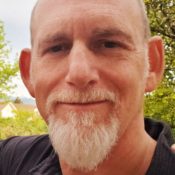 Described by Rolling Stone as “the point man” for drug policy reform efforts and “the real drug czar,” Ethan Nadelmann is widely regarded as the outstanding proponent of drug policy reform both in the United States and abroad. He founded and directed (from 2000 to 2017) the Drug Policy Alliance.

Ethan was born in New York City and received his BA, JD, and PhD from Harvard, and a master’s degree in international relations from the London School of Economics. He then taught politics and public affairs at Princeton University from 1987 to 1994, where his speaking and writings on drug policy attracted international attention.

He has authored two books on the internationalization of criminal law enforcement – Cops Across Borders and (with Peter Andreas) Policing The Globe – and his writings have appeared in most major media outlets in the U.S. as well as top academic journals (e.g., Science, International Organization), policy journals (Foreign Affairs, Foreign Policy, Washington Quarterly, Public Interest) and political publications from the right (National Review) to the left (The Nation). He is interviewed frequently by media, including The Colbert Report, The O’Reilly Factor, Real Time with Bill Maher, and news programs on all the major U.S. networks as well as dozens of networks elsewhere. His TED Talk, delivered at TEDGlobal in Rio de Janeiro in October 2014, has more than 2 million views, with translations into 28 languages.

In 1994, Ethan founded the Lindesmith Center, a drug policy institute created with the philanthropic support of George Soros. A year later, he co-founded the Open Society Institute’s International Harm Reduction Development (IHRD) program. In 2000, the growing Center merged with the Drug Policy Foundation to form the Drug Policy Alliance. Ethan currently serves on the advisory board of the Open Society Foundation’s Global Drug Policy Project (GDPP) and as an advisor to the Global Commission on Drug Policy. He has played a key role as drug policy advisor to George Soros and other prominent philanthropists as well as elected officials ranging from mayors, governors and state and federal legislators in the U.S. to presidents and cabinet ministers outside the U.S.  He is hosto of the forthcoming podcast “Psychoactive”.