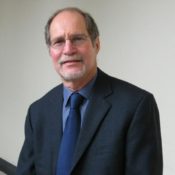 Neal L. Benowitz, MD, is Emeritus Professor of Medicine and Bioengineering & Therapeutic Sciences, and Chief of the Division of Clinical Pharmacology and Experimental Therapeutics, University of California, San Francisco (UCSF). He received his medical degree from the University of Rochester School of Medicine in 1969, following which he served as a resident in internal medicine at the Bronx Municipal Hospital Center from 1969 to 1971. He then completed a postdoctoral fellowship in clinical pharmacology at UCSF and joined the faculty in 1974. His research interests have focused primarily on the human pharmacology and toxicology of nicotine. He has published more than 700 research papers. Dr Benowitz also maintains an active clinical practice in cardiovascular medicine and medical toxicology.  Dr Benowitz was a scientific editor of the 1988 United States Surgeon General’s Report on Smoking and Health: Nicotine Addiction; a scientific editor of the 2001 NCI Monograph 13 Report on Risks Associated with Smoking Cigarettes with Low Machine-Measured Yields of Tar and Nicotine; and served as section editor for the 2010 Surgeon General’s Report on How Tobacco Smoke Causes Disease. He,has served as a member of the National Institutes of Health Pharmacology Study Section, the FDA Nonprescription Drug Advisory Committee and the FDA Tobacco Products Science Advisory Committee. He is a member of a number of medical societies, including the American Society for Clinical Investigation and the Association of American Physicians. He has served as President of the American Society for Clinical Pharmacology and Therapeutics and as President of the Society for Research on Nicotine and Tobacco. Dr Benowitz has received the Ove Ferno, Alton Ochsner, and Rawls-Palmer Progress in Medicine awards, and the Oscar B. Hunter Memorial Award in Therapeutics for his research on nicotine, tobacco, and health, and was the 2002 UCSF Annual Distinguished Clinical Research Lecturer.