Will the abolition of Public Health England change the UK’s position on e-cigarettes?

At the beginning of April 2021, the UK Government set out its plans for the transformation of public health after the abolition of Public Health England. The vision is ambitious stating that “Health will no longer only be the business of the DHSC, but a core priority for the whole of government. “The vision will be delivered by rolling the national functions of Public Health England back into the Ministry of Health within an Office of Health Promotion (OHP), due to be up and running by October 2021.   The OHP will have a broad remit to drive “action across government on prevention and the wider determinants of health”. The reorganisation is taking place as a new Tobacco Control Plan is under development. Public Health England has played a leading role in establishing the UK’s considered and evidence-based policy position on e-cigarettes. This presentation examines what the impact of its abolition and the reorganisation of public health are likely to be on the UK’s e-cigarette policy going forward. 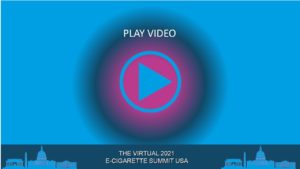