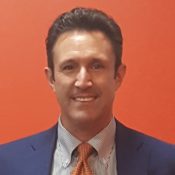 Cliff Douglas is the Director of the University of Michigan Tobacco Research Network, an adjunct professor at the School of Public Health, and a co-principal investigator for the Center for the Assessment of Tobacco Regulations at the University of Michigan. He was the American Cancer Society’s Vice President for Tobacco Control from 2015 to 2020, where he led the development of a comprehensive new public health approach to tobacco control, set forth in the American Cancer Society Public Health Statement on Ending Combustible Tobacco Use in the United States (2018), and co-founded the National Partnership on Behavioral Health and Tobacco Use, which is dedicated to increasing cessation and reducing mortality and illness in smokers with mental health conditions. He also provided expertise on issues related to the changing tobacco product marketplace and guided ACS’s efforts to educate the public about the impact of smoking on COVID-19.

Previously, he served as a policy advisor for the Assistant Secretary for Health and the U.S. Surgeon General in the Obama administration, where he was a lead author of the Tobacco Control Strategic Action Plan for the U.S. Department of Health and Human Services. Earlier in his career, he coordinated the successful national campaign to make all commercial airline flights smoke-free and participated as an attorney and public health expert in the litigation that resulted in adoption of the Master Settlement Agreement. As special counsel for Congressman Martin Meehan and the Congressional Task Force on Tobacco and Health in the U.S. House of Representatives, he wrote legislation and prepared the 111-page prosecution memorandum that persuaded the U.S. Attorney General to launch a criminal investigation into the tobacco industry and later file the Justice Department’s landmark racketeering (RICO) action against the major tobacco companies.

As told in Civil Warriors: The Legal Siege on the Tobacco Industry, Mr. Douglas also helped tobacco industry whistleblowers go public, and initiated an ABC News expose on the tobacco companies’ engineering of their products to cause dependency that led the Food and Drug Administration to open a two-year investigation and regulate tobacco for health and safety for the first time.