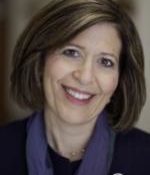 Robin Mermelstein, PhD. is Distinguished Professor, Psychology Department; Director of the Institute for Health Research and Policy at the University of Illinois at Chicago (UIC), and Co-Director of UIC’s Center for Clinical and Translational Science.  Dr. Mermelstein has been active in health-behavior research for 30 years, with continuous NIH funding as a Principal Investigator on grants since 1986. Dr. Mermelstein was acknowledged by the NCI as a Research Pioneer in the Division of Cancer Control and Population Sciences. She is nationally recognized for her expertise in understanding trajectories and developmental patterns of youth tobacco use, for employing novel approaches to studying contextual factors in the development of nicotine dependence and health risk behaviors, for developing innovative health behavior clinical interventions for adolescents and adults, and for methodological issues in conducting tobacco-related research. She has been the PI of several large-scale, multidisciplinary program project and center grants, as well as the Director of a national program or the Robert Wood Johnson Foundation. Dr. Mermelstein has served on many NIH advisory and review committees, including being a former standing member of the NCI-A Cancer Centers review committee; a former member of the External Scientific Advisory Panel for the NCI’s Science of Research and Technology Branch; co-Chair of the NCI’s Tobacco Control Priorities Consultant Group; a former standing member of the National Institute on Drug Abuse’s K-award study section; and a current member of the External Scientific Advisory Board for the Adolescent Brain and Cognitive Development Study (ABCD Study) of NIH. She has been acknowledged for her scientific accomplishments by several national and international research societies, including being named a Fellow of the Association of Psychological Science, a Fellow of the Society of Behavioral Medicine, and a Fellow of the Society for Research in Nicotine and Tobacco. She is a past President of the Society for Research on Nicotine and Tobacco (2015-2016).